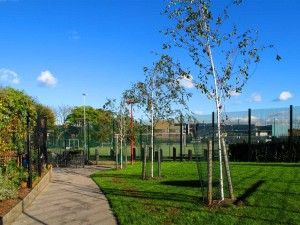 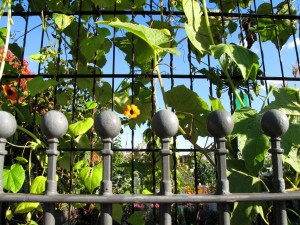 You might be lucky one day and pleasantly surprised to find, tucked away behind a row of houses on Lynton Road and Abercorn Way, a friendly local park with a long history and a very big heart.

Not always this discrete and hidden away, Paterson Park historically formed part of a much larger swathe of gardens and meadowland that covered Bermondsey and much of Rotherhithe. Its future was eventually marked out by the construction of the canal and then later by the railway.

In 1807 the first stretch of the Grand Surrey Canal was built. It ran from the River Thames and the Surrey Commercial Docks in the north of the borough and headed south to the Old Kent Road. In 1810 a second stretch reached west to Camberwell and eventually, in 1826 a final arm opened a ribbon of waterway stretching further south to Peckham.

Then, in 1843-4 two railway companies added the Bricklayers Arms branch to the existing railway line. The South Eastern (SER) and the London and Croydon (L&CR) constructed a new passenger terminus and goods station which began to dominate the area and was eventually to completely change the landscape, giving it a newfound semi-industrial identity.

Almost one hundred years later during World War II, much of the area was bombed and Paterson Park was first created and given it’s official status as a public space by the London County Council (LCC) out of part of this bomb site. The first section of the park was opened on 27th October 1953 by the Rt Hon Clement R Attlee (1883-1967) and was named after Alexander Paterson (1884-1947) the great prison reformer who’d adopted Bermondsey as his home for a large part of his life.

Even now with its much diminished size, Paterson Park punches above its weight and remains symbolic of the feisty character of the local community who’ve had to band together over the years to protect it and who are still required to look out and care for its survival today, ensuring the park remains intact for future generations to enjoy.

Paterson Park was finally refurbished in 2006 and was awarded a Green Flag in 2009. The design included a completely new layout with pathways, terracing, boundary railings, gates, seating and lighting. Playground and ball court areas were provided and allotments were built along the whole of the north side of the park. A new entrance from Abercorn Way added to those in Monnow Road and Welsford Street, vastly improving the parks access.

Founder member of BARGEs, the lovely Barry Mason has sadly died. A remarkable man and tireless campaigner, he was a dear friend to everyone here and we will all miss him terribly. Our thoughts are with his partner Cheryl and his family. 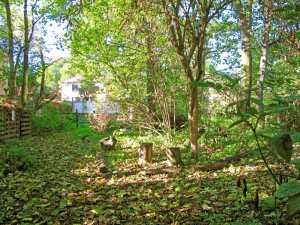 Reclaimed by nature, this ww2 bombsite has grown into delightful shady woodland, with sycamore trees, nettles and a pond. Other plants in this ecological site include elder, bramble, field maple, blackthorn and hawthorn, and all are proud participants in what is now recognised as a Site of Importance for Nature Conservation. 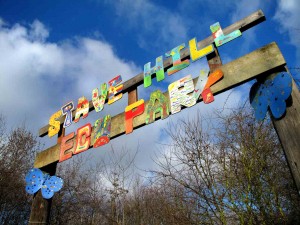 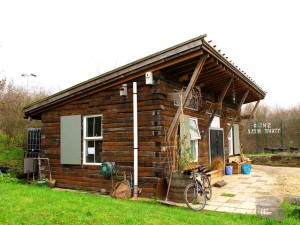 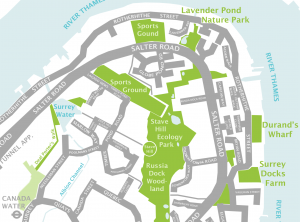 Stave Hill Ecological Park (SHEP) is one of the many jewels on the Rotherhithe Peninsula. A truly unique area of environmental significance it’s grown in splendour from challenging beginnings into one of London’s most coveted locations.

Stave Dock was originally one of ten that together formed the Surrey Commercial Docks which was sold to Southwark Council in 1977. During the 1980’s as part of the land reclamation scheme Stave Dock was gradually filled in.

Stave Hill Ecological Park stands as a reminder of the docks original location and as a testament to the many community activists, campaigners and local Rotherhithe residents who fought hard to stop the entire peninsula from being built upon. Their input into the plans of the London Docklands Development Corporation (LDDC) helped to create the many open spaces that exist on the peninsula today.

SHEP is now managed by the Trust for Urban Ecology (TRUE) and it survives, thanks largely to the enthusiasm and determination of its present manager, leading a dedicated team of loyal volunteers who regularly give up their time to attend to the many demands of its upkeep.

The park itself is comprised of grassland and woodland areas as well as scrub and wetland habitats, all helping to support the health and wellbeing of a wide variety of wildlife – as well as the local residents and the many friends and visitors!

SHEP is widely loved and offers something for everyone. It has an educational facility, a research area and by its very nature as an open space, it’s a place to play, exercise and enjoy the outdoors. For others, it’s a more peaceful haven, a place of relaxation and tranquillity. 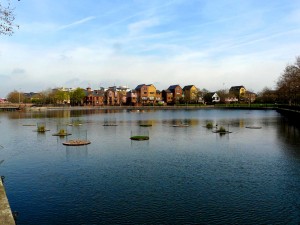 Surrey Water (formerly Surrey Basin, then Surrey Dock) is situated next to Salter Road and to the north-east of both Rotherhithe (ELL) and Canada Water (ELL, JLE) stations. It was once a main inlet from the River Thames into the Surrey Docks water system and is still connected to Canada Water (formerly Canada Dock) via the Albion Channel, a newly constructed canal and walkway creating a vital green link between the two docks. A number of floating reed beds and floating bird nesting pontoons have been built and placed in situ by the Trust for Urban Ecology (TRUE) at Stave Hill. This beautiful water body has been designated as a Site of Importance to Nature Conservation with Grade 1 Borough Importance. 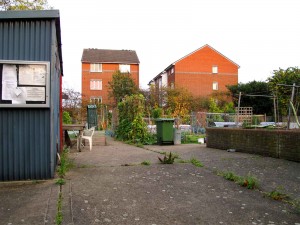 Tucked away behind the Alscot Road Industrial Estate in a typically urban setting are the Alscot Road allotments, currently managed by the Vauban & Spa Road Tenants Association. 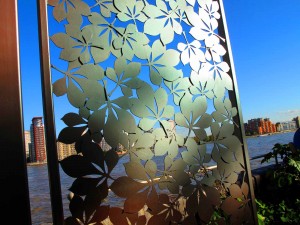 Perched proudly on the Rotherhithe Peninsula’s eastern side, this working city farm faces defiantly out from its waterfront location, across the river towards the Isle of Dogs. A variety of animals, horticultural areas, a café, young farmers club and forge, along with its many activities and events, provides a welcome contrast to the more urban city surroundings and is a ‘don’t miss’ destination for anyone heading out for a walk along the Thames Path. Surrey Docks Farm is a Site of Importance for Nature Conservation with Borough Importance Grade 2 designation. Area of Open Space = 0.38ha. 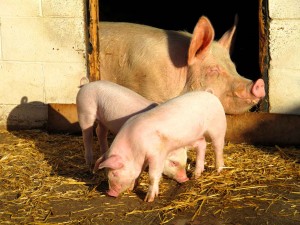 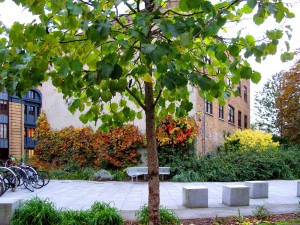 Located at the junction of Tanner Street and Bermondsey Street, this local park offers a variety of facilities and by far the most popular are the free to use tennis courts. There’s a children’s play area, bench seats, bicycle racks, listed drinking fountain and a small historic pavilion hidden away in a corner, patiently awaiting some tender loving care. 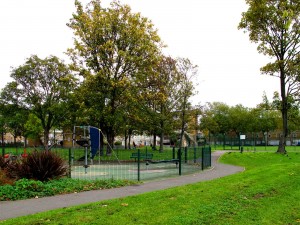 A pretty local park with a variety of trees scattered throughout. There’s a separate children’s play area and fenced kick about space and the whole area is bordered by St James’s Road, Lucey Way, Alexis Street, Mack’s Road and Linsey Street. 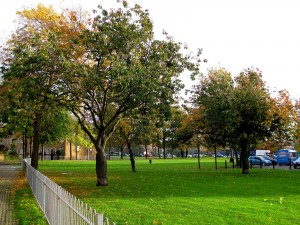 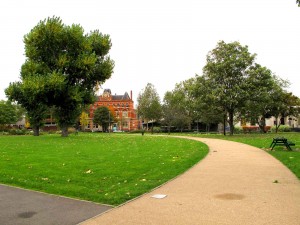